HOW IT ALL BEGAN…

HERE IS THE STORY OF HOW IT ALL BEGAN… 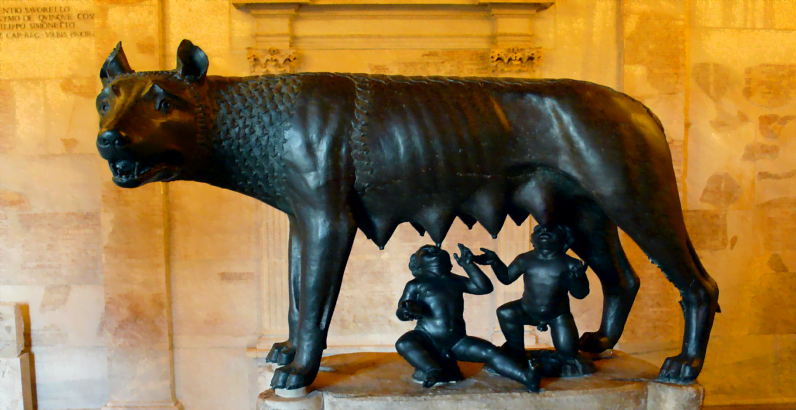 In the beginning, there were hills and valleys, and a river that made its way through them. A landscape, as beautiful as any other, shall become the scene of events that will alter the course of our history.

That river was sacred and people still living on those hills can easily vaunt how they live in the most important city of our civilization, for the things they did and the words they said, echoes in Eternity!

The beginnings were humble, interweaving factual and legendary, giving this story a touch of magical, fairy-tale like feeling. Twin brothers, abandoned by their mother, and left in a wreath basket to afloat on the river.

But remember, it’s not just any river, it’s the sacred Tiber, and the divine fathered baby brothers will be favored by fortune. The image of the she-wolf that suckled them shall remain the symbol of the powerful city for Millennia. Seven kings reigned over Rome until the people took over the power to themselves.

A period we remember as The Roman Republic lasted for almost 500 years.  In fact, the word ‘republic’, used worldwide, arrives from Latin ‘Res publica’, meaning literally ‘a public matter’ or ‘people’s thing’. People would elect a Consul, appointed to rule over the city for a brief period of time only.

Last one ever appointed though, never gave up on his power. His name was Gaius Julius Caesar. He was one of the most famous Romans ever. A successful general, a leader of the Legions, will be proclaimed to be a dictator and a tyrant, and eventually brutally murdered by the senators. The month of July still bears his glorious name.

The most powerful Empire in the world was born soon after, making Rome the most influential place on Earth. Nicknamed Caput Mundi, or The Head of the World, Rome will shine in splendor, with monumental buildings like the Coliseum and the Pantheon, that still today tell stories of the ancient glory.

But even the glorious Roman Empire came to an end, after becoming a prey to barbarian invasions. However, that will not be the end of Rome, who rose again from its ashes, like a Phoenix.

Under the guidance of the Popes, a new empire was created that of the Catholic Church. 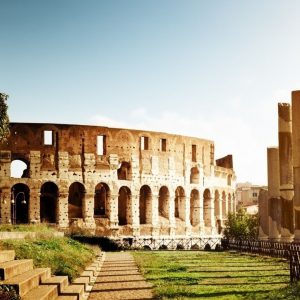 Ruling the City, as the Princes of the Church, popes will make Rome shine again with a new splendor. Artist of the caliber such as Michelangelo, Bramante, Raphael, and Bernini will make of the city a new center of European art, and their works shall become an inspiration and a role-model for generations to come.

Today, we can stand in awe underneath the breath-taking ceiling of the Sistine Chapel ,or in front of the majesty of St. Peter’s dome.

Rome is the capital city of Italy today, the “Belpaese”.There isn’t, not a single place in the world that can pride itself by forever being the capital of the country that it’s part of. Rome can!

Visited each year by several millions of pilgrims and tourists, admiring the glorious monuments, paying respect to some of the world’s most important religious sites, or simply enjoying delicious food and beautiful weather.

These and many other things make Rome, our city, The Eternal City!

Let us enjoy the best of it!